Lance Austin Olsen “ The Road to Esperance “ by Debora Alanna 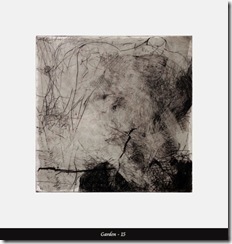 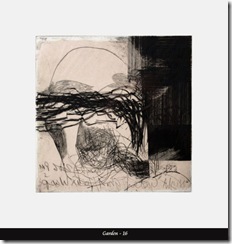 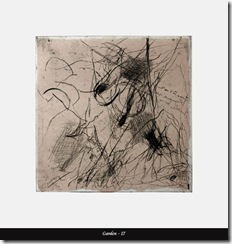 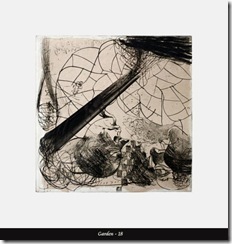 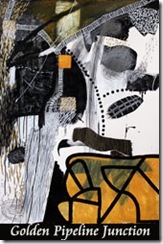 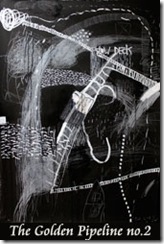 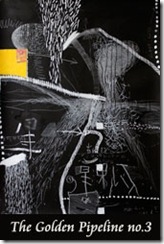 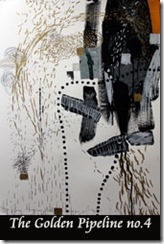 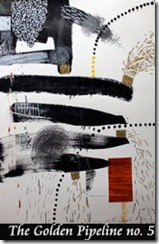 In the spirit of John Cage’s Notations ([1]), casting the virtual I-Ching with the question “Road to Esperance”, availed the following Cast Hexagram:

45 - Ts’ui / Gathering – The Lake rises by welcoming and receiving Earth’s waters: The King approaches his temple. It is wise to seek audience with him there. Success follows this course. Making an offer will seal your good fortune. A goal will be realized now.
Situation Analysis: This in an important Convergence, and you must be part of it. Look for the Centre of this convergence. Waters running to the sea, like an astronomical convergence of planets revolving around the sun, you should let the gravity of this Centre draw you near. Others are also drawn to this Centre, and among them you will find shared bonds and kindred spirits. This tribal convergence will give you a clarity of purpose. You will no longer be alone.

Plunging in the reverberating reservoir of music/sound notation that Lance Austin Olsen transcribes and/or perspicaciously composes in his exhibition, Road to Esperance is, as Cage describes in his Notations preface,

“A precedent for the absence of information… is the contemporary aquarium (no longer a dark hallway with each species in its own illuminated tank separated from the others and named in Latin): a large glass house with all the fish in it swimming as in an ocean.”

Giving us tremendous pages where sight and sound converge, Olsen draws what sound looks like. Olsen’s current Polychrome exhibition, Road to Esperance, also the title of the first solo release from Infrequency Editions , co-founded by Olsen, and in collaboration with Jamie Drouin and other colleagues, and the title of a handmade artist book could refer to a consigning destination, a system for information transmission - a pipeline, a hope, a confounding entity; his journey is a synchronous commitment to conduction. In this collection of work we survey a narrative that conducts us inscrutably en route, through, just about and off towards a lifting, of confident resonance.
Olsen’s works shown are in two formats. Drypoint engravings from the copper plates incised during soundscape creations, pictographs of sounds in situ combined with the sounds made are august renderings that sing the depths of primordial integrity all called garden. And immense drawings on hefty paper all entitled Pipeline. The latter works are a kind of dream time symbologic mapping. In her curatorial introduction, Sarah Tanguy, curator of Mapping: Memory and Motion in Contemporary Art at the Katonah Museum of Art in January of this year refers to artists’ mapping as
“…a journey into itself that jars our well-worn habits of thinking about place and time.”([2])
Jasper Johns as one of many psychogeographers may have mapped, painted emotional responses to place, however this process seems somewhat 2 dimensional compared to the soundscape mapping of Olsen’s work.
As “a person who walks the city in order to experience it” ([3]), a flâneur, a navigator of sophistication, of culture, or as Pierre Schaeffer describes Concrete music, with the jeu, or playing of something to develop the found sound into music, Olsen transverses the oceans (literally) to accumulate both ambient tremor and timbre as well as his taboo marks – demarcation of the venerated that can only be generated with reverential abstraction. Olsen arranges macro and micro cosmic senses alighting on the brazen & jaunty gently – cantabile. Sincerely gymnastic, Olsen’s mind is at play, sometimes drifting to a smudged photo snapping through scribble or mark, ladder and dotted lines, but with sforzando.
Circumspectly isolating and seizing the way thoughts meander, swatches, scratches and scrawls musically notate. The valiant size of the paper/canvas drawings command and dominate. Uninhibited surface stillness of the prints are lusty and playfully refined, con fuoco, scores that activate, punctuate and lead with darkly extravagant thoughts processing.
Like the grand-master confrontations in Hesse’s Steppenwolf that lead, according to Hesse, to a healing, in Olsen’s work there is the memory of battling, faintly commemorated along with the bright buoyancy of the present and future adventure. In both sets of work compositions reflect the intent of performed musical excision charting his mindful drive that goes nowhere and everywhere, containing and releasing with easy nuance. Marathons of endurance and zest, the surfaces crescendo and ebb, linger, zither and especially, breathe.
We travel through time’s eclipse to resounding gardens of unknown wonder and intimacy. Olsen delineates clarity with conduits articulating the rough punctuations of time while creating space, space between – scratching life’s fetter and drawing lingering inclusions. Arresting, The Road to Esperance is our map to gather at Lance Austin-Olsen’s Centre.